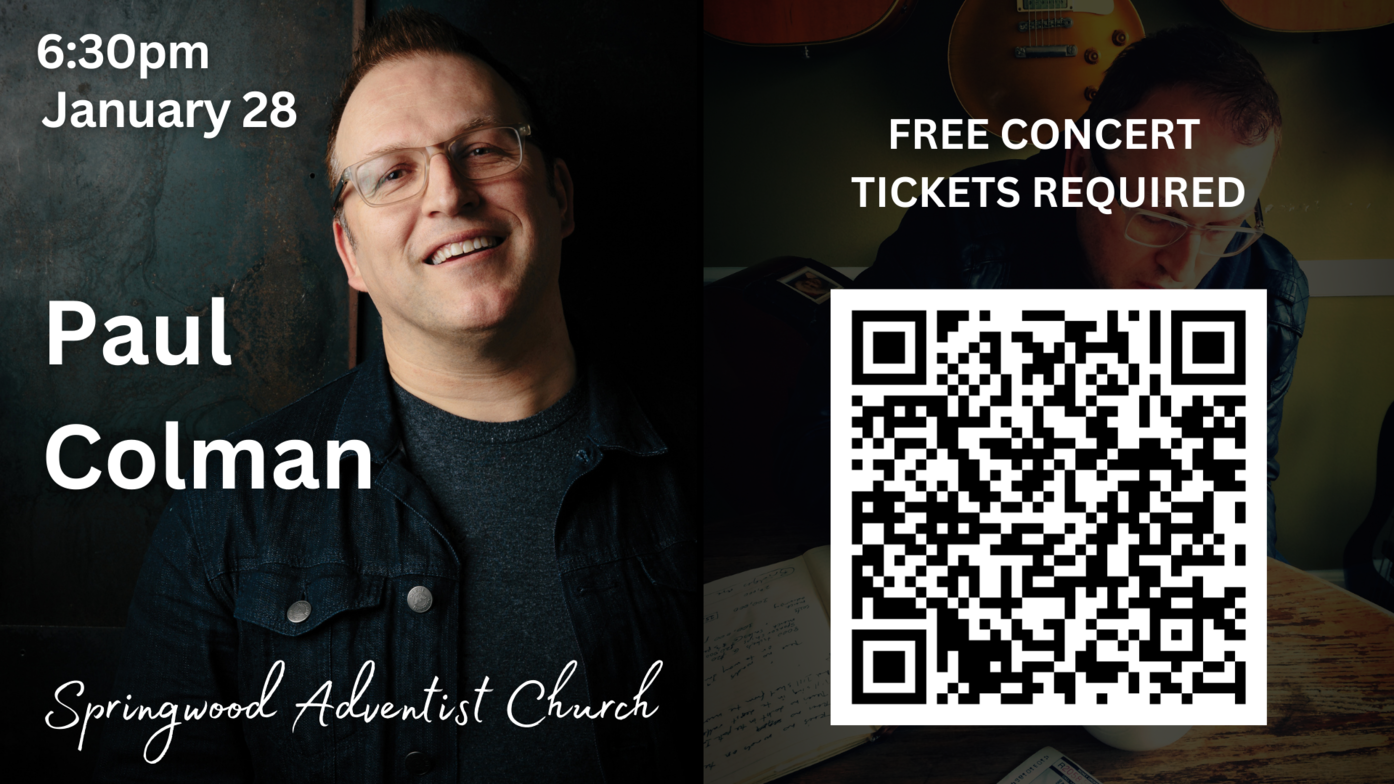 Save to your Calendar

Paul Colman is heading to Springwood Adventist Church to lead Worship on Sabbath the 28th of January at 11am in the LDC. A free concert will be held at 6:30pm.  The concert will be a great event, perfect for inviting friends.

For those who grew up listening to the Paul Colman Trio with iconic Christian songs like "Killing Tree", "Run", "Turn" and "Fill My Cup", you will know the quality of his storytelling, and his songwriting ability.
After PC3 disbanded, Paul continued in Christian Contemporary Music as part of "The Newsboys" as their guitarist for many years.

For those that didn't grow up listening to Paul, he is a Grammy Nominated singer/songwriter/speaker/producer who has performed on 6 out of 7 continents and in all 50 States of the USA. He has written hit singles, garnered numerous awards, and sold hundreds of thousands of records. In 2003 his band, the Paul Colman Trio, was nominated for a Grammy Award for Best Pop Contemporary Gospel Album.

He still travels the globe singing and speaking and sharing his songs, thoughts, and faith. He has released 17 recordings featuring his songs, and a few years back saw he released “MOST REQUESTED”. You can find his music on iTunes, Spotify, and other platforms.